GAME OVER For Console Games?

March 5 admin
Memory Lane of Game Consoles Past & Present
If you were a normal teenaged kid in the 80’s you were most likely playing Atari or Calico Vision.  If you were lucky you got the latest Apple II E or Commodore with a whopping 64mg which had the processing power equivalent to my Ti-82 calculator. Oh I miss those bulky calculators. Great to add “notes” during tests, throw at people, or hit someone in the head for self defense of course. 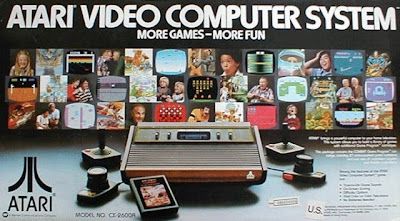 Growing up I always thought I’d be a professional gamer of sorts.  Oh the thoughts of a prepubescent eight year old.  Life was so much simpler back then.  Doodling in class imagining Phoebe Cates in her red bikini :P, eating a bowl of cereal with a bag of Funyuns watching cartoons, then fine tuning my reflex skills in video games.  The latter I’m going to break down into three generations.

First being the immortal 80’s.

There will NEVER be another decade quite like it.  I say this with both happiness and sadness. The narliest rock bands and the most radical Euro Wave music with puffed out hair as the norm.  Iconic shows on the tube such as The A-team, Stingray, MacGuyver, Greatest American Hero, Hart To Hart, Buck Rogers, Voyager, The Fall Guy, Hunter, TJ Hooker, Airwolf, The Dukes Of Hazzard, Magnum P.I., Simon & Simon (one of the catchiest tv themes), Miami Vice,  Saved By The Bell (oops we’ll get to that in the next decade), Cheers, Family Ties, Cheers, Growing Pains, Who’s The Boss, Charles In Charge, and whole slue of other totally awesome shows.  As for films man, Ferris Bueller, Sixteen Candle, The Breakfast Club, The Last Starfighter, Back To The Future, Revenge Of The Nerds, Crocodile Dundee, Star Wars, Karate Kid, Aliens, Top Gun, Flash Dance, Lethal Weapon, Beverly Hills Cop, Batman, Ghostbusters, The Goonies, and probably the film that resonates the most with all of us Big.  The 80’s had given so much to us as a society.  I can really go on for another 10 pages about movies alone or tv shows.  But I got a lil side tracked.  This blog/essay is about video games.  I’m a staunch believer that our first contact should be an episode of The Greatest American Hero with tagline Nanu Nanu, followed by a picture of Phoebe Cates and the soundtrack of Rick Astley.  In other words, a message to all alien invaders “you have been trolled by Planet Earth.”

The immortal 80’s gave rise to arcade coin ops.  Ever watch “King Of Kong.”  It’s about the greatest gamer of all time Bobby Mitchell scoring the highest score on Donkey Kong and recording the first ever perfect score on Pacman.  That deserves a big “WTF” as in holy hell I didn’t know you could beat Pacman and second of all how did he catch Speedy everytime.  There was Centipede, Space Invaders, Galaga, Tron (prolly one of the coolest games ever which you can still find in Disney’s Tomorrowland arcade), Gauntlet, Donkey Kong Jr. and Pacman.  Those sounds are forever etched in our brains.  I can still hear Mario jumping then going on a rampage with that little hammer. 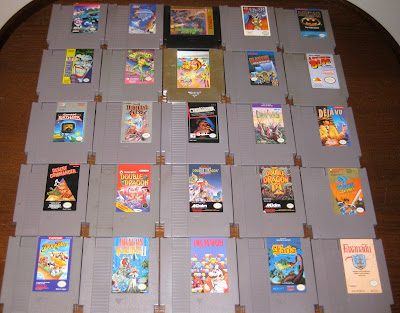 …had hints of the 80’s style and flair, but you can definitely tell that things were changing.  Puffy hair was gone, the rock bands didn’t have the it factor anymore, music changed, and suddenly Ataris’ were collecting dust.  What could have possibly replaced it.  Clean cut fades were in, rock was out grunge was in, NWA was starting riots, instead of love peace and happiness it was about mean mugging people and rapping about it.  The only thing to keep our sanity was a new gaming console made by Nintendo.  That would start a decades long monopoly in the multi-billion dollar industry.  Sega decided to join the gaming console race with Genesis which had some pretty wicked games like Golden Axe and Altered Beast.  Beast mode!!!  Btw: Anybody remember watching Duck Tales, Tail Spin or Batman. 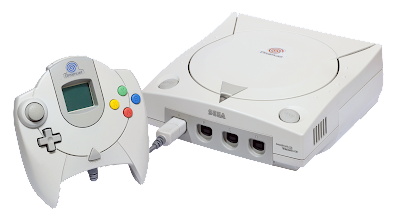 Nintendo really hit a gold mine with it’s console systems and games.  Other notable systems were Sega Dreamcast, 3DO, Neo-Geo which was ridiculously overpriced, Sony Playstation, and of course the third generation Nintendo 64 system.  The latter two would go on to compete well into the new millennium creating some of the most memorable games in the history of video gaming.  For the Playstation, Gran Turismo was extremely popular coinciding with the import car craze, followed by Tekken which essentially replaced its’ predecessor Street Fighter, and of course Final Fantasy for the RPG fanatics.  In the other corner Mario still reigned supreme, can you say “wahoo,” Mario Kart, and of course Golden Eye.  Surprisingly Golden Eye would become one of Nintendo’s best game seller even though their system was noted to be a more family oriented system.  It laid the ground work for future POV shooting games such as Half Life then of course Counter Strike.  Enter the new era of PC games.  PC games regained their fame with Blizzards World Of War Craft and the most detrimental game ever to ones’ social life; Star Craft Broodwars.  I write this with a heavy heart that the 80’s and 90’s will never be duplicated.  Just a very special time before the new digital age would revolutionize gaming technology and alter history.  PC clunkers, arcade machines, Tower Records, Warehouse, Virgin Records, Blockbuster Videos, and AOL would soon become a relic of the past.

As the 2000s came around the digital age started to gain ground especially with faster internet connection. No longer would people have to endure 56kb speed of modems. I miss that sound when you signed on to AOL. Dating chat rooms…anybody?

PS II and III would take over the gaming market share with Blue Ray DVD capability and strong processing power. Nintendo really dropped the bomb with their next generation console (Cube), but after 20+ years of dominance it was bound to happen. They weren’t going anywhere. But a new kid on the block decided to join the foray. Microsoft developed X-box. It was like the black sheep of the gaming family, always third best. Even spending billions developing and advertising the X-box couldn’t topple the giants. That’s how entrenched Sony and Nintendo were in the gaming market. From 2000 to the mid 2000’s Sony Playstation II really took over with a wide array of popular games.

Nintendo pulled a rabbit out of their hat and once again revolutionized the gaming industry and literally wowed everyone by creating the Wii. Such a catchy brand name. Their commercials were ingenious with two Japanese salesman bowing down to random strangers in random settings presenting Wii controllers asking them politely “if they would like to play.” So simple, yet effective. Consoles and controllers came in a pearl white casing. Very Applesque. It got me hooked especially with Wii tennis and boxing. What a work out! I’ve tried the VR (virtual reality) system in the 90’s and it definitely needed some improvements. To me that is the final frontier. In the meantime Wii was a big step towards that direction of creating a VR environment. I don’t think we’re that far off. Implant a system in your brain like Total Recall and you’re rocking and rolling in a desert or jungle shooting at enemies, racing a F-1, or flying a fighter jet. 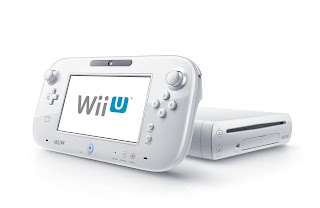 Presently the Wii U has since been unveiled as the successor to the original Wii. Having the privilege of being the first entry in the eight generation of video game home consoles. The Wii U is the first Nintendo console to support high-definition graphics, capable of producing video output up to 1080p, and has 2 GB of RAM with half dedicated to the console’s operating system.[14] The console was released in two versions: a “Basic” white-colored version with 8 GB of internal Flash storage; and a “Deluxe”/”Premium” black-colored version with 32 GB of Flash storage. The Deluxe package additionally includes stands for the console and for the GamePad, a charging dock for the GamePad, and the pack-in game Nintendo Land. An HDMI cable is included with both versions.[10] The Wii U’s primary controller is the Wii U GamePad, which features an embedded touchscreen. The touchscreen is used to supplement the main gameplay shown on the television or, with games supporting Off TV Play, can allow the player to continue playing games by displaying the main gameplay even when the television is off. In addition to the Wii U GamePad, a more traditional controller, called the Wii U Pro Controller, may be used.

The system is backward compatible with Wii, and Wii U games may support compatibility with Wii peripherals, such as the Wii Remote Plus and the Nunchuk. (Thank you Wikipedia.) 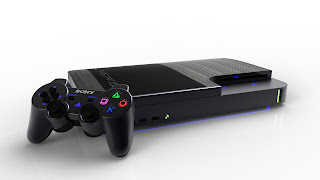 Then Sony is launching Playstation 4 slated for 2013 Christmas launch. There have been rumours doing the rounds suggesting that Sony is calling the PS4 ‘Orbis’. Not much is known about the new system other than that PS4 dev kits have been issued to developers packing an AMD A10 APU, between 8GB and 16GB of RAM, 256GB of storage and a Blu-ray drive. May the best gamer win.
My prediction in 2050 is that there will be head sets and pads placed on your body to simulate movements and even pain. It can be controlled physically or mentally ala the Matrix. In fact the simulation may be so real that it might just make you soil your pants.

Then the next step after that is the hologram decks of Star Trek where you can actually move, see, almost touch and feel objects around you. Star Trek always came up with the coolest gadgets and technology. In fact Captain Picard already had an I-pad some 30 years ago. Everything they developed in that show is already happening. Everything from voice command, wireless/Bluetooth, biometrics, cloaking which is in it’s early stages, and in the not so distant future warp drive will be a reality. It’s a brave new world.

Will game consoles be around in our future? Or is it a dying breed? Let us know your thoughts.

This post is dedicated to Atari. Lucky Lady Games was fortunate enough to be able to be a part of this legacy, even for only just a few months. At the end of 2012, we were contracted to help Atari produce an Atari themed social slots game. Unfortunately, Atari had a different turn of events in the new year of 2013:As of January 21, 2013 Atari filed for chapter 11.  Thank you for the all the memories!

Have a game conversation with us at: www.twitter.com/luckyladygames