Being Female in Male-Dominated Industries

Aside from being a female CEO in the male-dominated social game industry, I am also an avid poker player who tends to play bigger buy-in events where the fields are 90%+ male. Generally, until others bring up the gender unbalance issue (which is quite often), I am neutral/unaware/comfortable in my surroundings.

With that said, I definitely know how to hold my own in a room full of males and if anything that is where I am probably most comfortable.

What’s it like to be female in a male-dominated industry?

More times than not, I get asked “What’s it like to be female in a male-dominated industry?” and each and every time I don’t know how to answer this question. It doesn’t feel any better or any worse, it just is what it is. I am quite sure any one who is following their passion would say the same thing. It’s not like I  decided, “yes, there are few females in this industry, so I am going to pursue that”. It just happens that my dream is to have my own casino and I love to play poker as my hobby. My life path has nothing to do with gender in the least bit.

Do woman have an advantage in male-dominated industries?

I definitely believe that variety is the spice of life. By adding new thought processes and ways to go about solving problems is the only way to innovate amazing new products for the future. Woman definitely are a different breed than males, so yes, I believe that woman can have an advantage in securing particular market segments if they also have the rest of the goods to back it up.

Advice to other woman in male dominated industries?

(Funny memory: I recently lost a critical pot in the late stages of a poker tournament where I was a big favorite to win. I got up and without thinking I smacked the other player really hard on the back and instead of getting mad at me, he told me he was sorry and would make it up to me. No way a guy can get away with that!)

To wrap up, here is a recent excerpt from a poker magazine interview about my success at the World Series of Poker Circuit event held for the first time outside of the USA at River Rock Casino Vancouver.

What are some comments on your recent poker success? Are you proud to represent woman in Poker in Canada?

Of course! Woman are constantly getting better at the game and on top of all the crap we have to take from men, it’s such an accomplishment to beat them at their own game. (Just kidding) This is my real response:

“I love poker because it is an equal opportunity game and an individualist sport, male or female. Tournament poker has so many turning points where at any time the game can be over at the turn of a card. I would be lying to say that I didn’t get lucky many times to make it as far as I did. I only played 6 events out of 12, ran deep in all 6, cashed 4 and final tabled 2 of the most aggressive structures (turbo & 6-handed).  I fell short twice from winning my first circuit ring, but the experience has been humbling and invaluable to say the least. If I knew going in that I would be neck to neck for casino points leader, I would have played more events. I only learned about the WSOPc points system half way through the series, so will definitely keep this in mind for future stops.

As it now stands, I am once again Casino Champ Points leader of the WSOPc RiverRock with 1 event left to go and hoping it holds! (I broke a 6 way tie for Casino Champ with my 2nd final table showing in Event 8, then only to have on the same night, Event 3 winner Adina Mazzucco final table Event 10 to take the lead…. which forced me to play good poker and run deep in event Event 11 (WSOPc first online ring event ever) to regain the lead once again! There is only 1 event left before champion is crowned and its definitely not a cinched deal.

It’s definitely better to be chased than the one chasing, so catch me if you can! 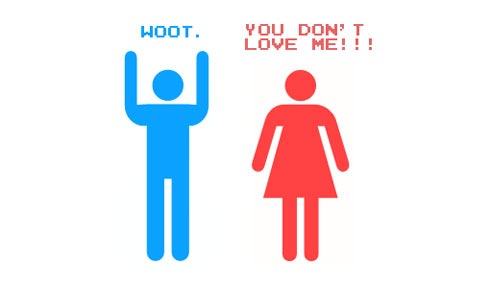 We’ve all been there! 😉
Leave a Reply
Click here to cancel reply.