April 15 admin
Having a game geek for a mommy has it’s benefits!
Sometimes it’s hard to put as much time as I want into family things because being an entrepreneur and running a start up can get a overwhelming. I always remind myself how important it is to have work, life, balance and especially during birthdays I like to try & make it as extra special as possible.
How fast the last 5 years has gone by is crazy! When they say ‘don’t blink’ they really meant it. This year I felt really tired (getting old) and really didn’t want to throw a big party and put a lot of work into it… but well, that didn’t end up happening as I spent a good week off and on getting ready for my daugther Ari’s 5th birthday party. The ideas just kept flowing…and well, I probably went a little overboard with the theme but she was really happy so that’s all that matters at the end of the day!
The theme this year is Super Mario Bros. Yay… good choice Ari!  When I asked her who her favorite princess was, she said…. you guessed it! Princess Peach! A proud mommy-moment in time for me! 🙂

In this post I want to share with you cool & creative party things I got to create.

I bought the kids Mario & Peach outfits but they never ended up wearing at the actual birthday… oh well…good thing costumes never go to waste with kids!
The Preparation & Decorations 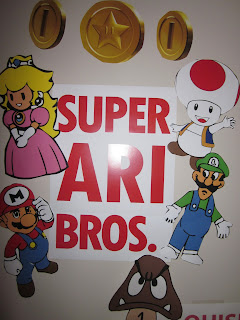 Decided to name the party “Super Ari’ Bros”, but Ari didn’t really like that idea! haha…
maybe next time I won’t do a play on names thing. 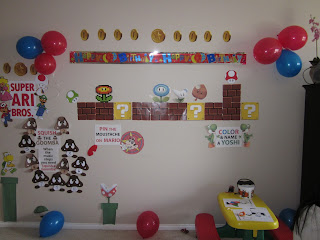 The finished game wall…ready for party goers!
Ari helped me put coins and mushrooms & power ups all over the house too.
This took me a lot longer than I thought because I had to get some high resolution images to print,
and actually ended up redrawing them digitally and made them into vector format and colored.
Here is the high resolution print file: 1up_mario.pdf  for anyone who wants to throw a Mario party too!

The Party Games were:

STOMP & SQUISH A GOOMBA
When the music stops, stomp on a number, win a prize! 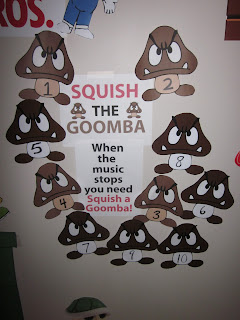 PIN THE MOUSTACHE ON MARIO
He looks really weird without a moustache! 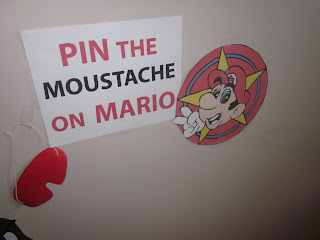 COLOR & NAME A YOSHI
Winner of this was Olive – Rockstar Yoshi looks like this: 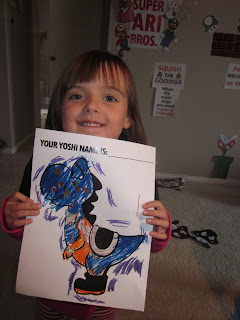 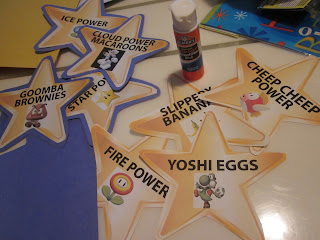 We made labels for all the Mario Party Food. 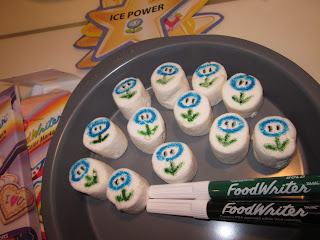 Trying Wilton food writing pens to make ‘Ice Power’ Flowers on Marshmallows.
They worked great!
I think she colored and ate 10 of them. She’s still alive so Im assuming they are safe. lol.. 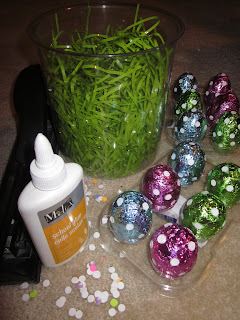 Making Yoshi Eggs. I bought some of Kinder surprise type eggs and glued dots on them.
I just used the holes from my hole punch. Great recycling! 😉
Super Mario Party Food! 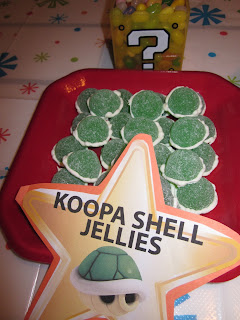 I went to the bulk candies and bought all the green ones. Ari mentioned I shoulda bought red too,
but I forgot. I put icing along the bottom so they look more like koopas.
I was going to put the black inking on the shell backs, but got lazy. 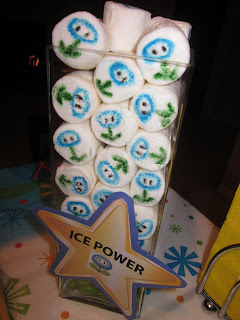 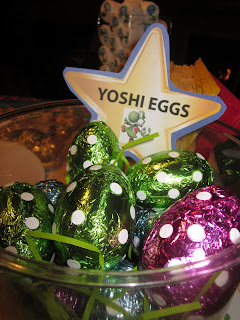 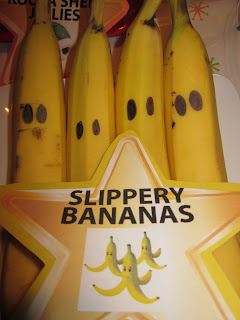 Slippery Bananas
Wanna know how to get kids to eat fruit? Draw some eyes on them! 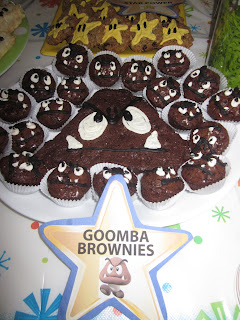 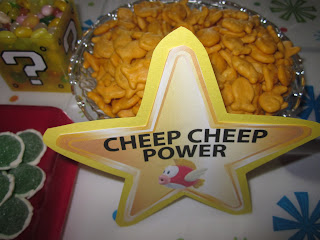 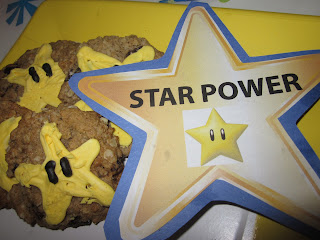 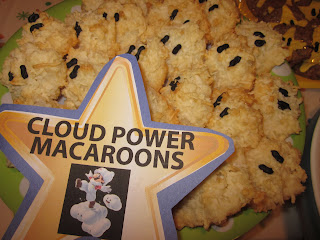 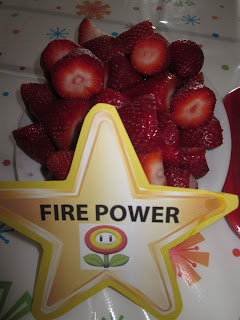 I was going to make meatballs with ketchup, but wanted more fruit on the table.
The kids didn’t really care/notice anyhow, so it worked out! 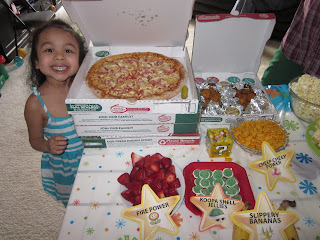 Of course we got to have Pizza at a Mario party! 🙂
(Her mouth is all blue green from the Ice Power treats) 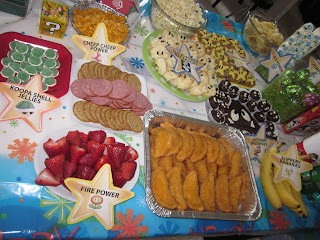 Om nom nomm…
And last but not least… 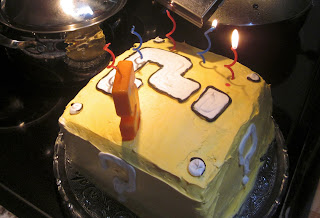 Inside is Rainbow sparkle cake with layers of real whip cream.
Outside is a cream cheese frosting.
I tried to buy a huge thing of gold chocolate coins but someone at Superstore told me they were ‘seasonal’ and the dollar store was out! Oh well… still another successful party thrown!
HAPPY 5th BIRTHDAY to our sweet ARI!
We love you with all our hearts!
Leave a Reply
Click here to cancel reply.