The JB game is based on a popular baseball board game created by JB Entertainment several years ago. Adapting the board game play to the Facebook platform will be overseen by Lucky Lady Games and the alpha version of the game (MVG – minimum viable game) is set to be available for early rounds of public demo/testing early Spring of 2013.

The game is set to target the US and Canada as primary markets, followed by Japan and Mexico. The game will include top of the line artwork, HTML5 game engine, and other monetization and viral strategies similar to other free2play social game models.

Here is a sneak peak at the initial art frame of the main play area… hot off the drawing block of LLG’s art director Jesse Winchester Schmidt: 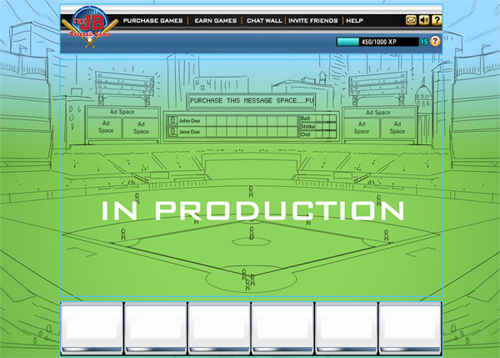